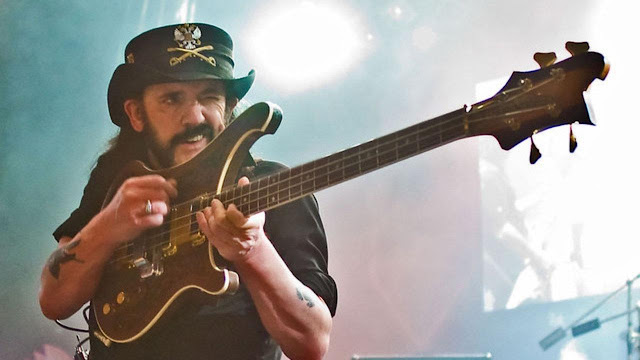 Goodbye, Lemmy. We didn't make a big fuss about it, but the episode is dedicated to you nonetheless. 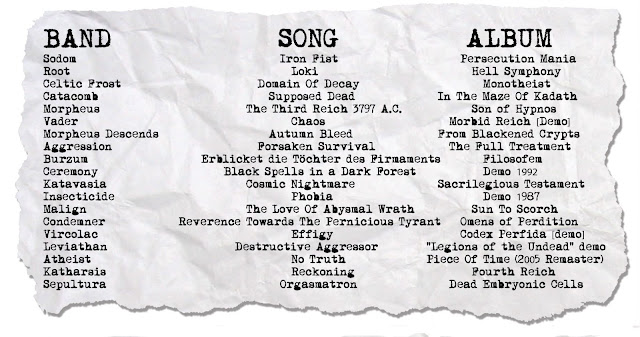 at 9:49 PM No comments:
Email ThisBlogThis!Share to TwitterShare to FacebookShare to Pinterest 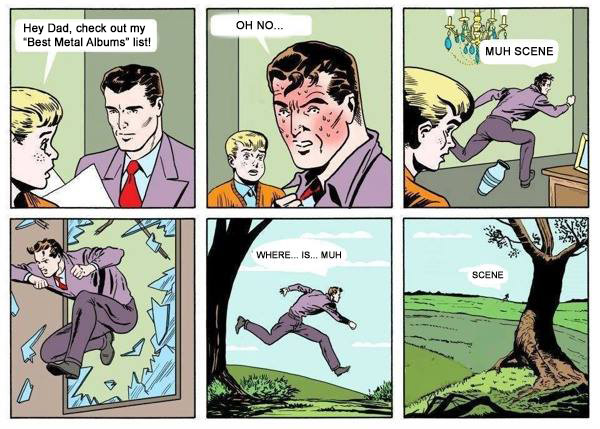 Everybody's "Best of Metal 2015" list was a piece of shit, except ours! Fill your ears with non-trend awesomeness! 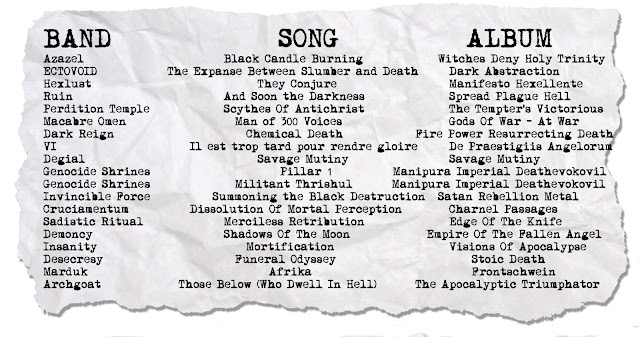 at 5:13 PM No comments:
Email ThisBlogThis!Share to TwitterShare to FacebookShare to Pinterest

Another year has dawned, and everyone is scrambling to set a better precedent for the days ahead. 2012 was another good year for metal, but there's always room for improvement. If you're a hessian and don't need to lose weight or quit smoking, please put any and all of these recommendations at the top of your resolutions list.

1) Buy more, download less – Yes, we all do it. Despite file sharing sites being a lot more stringent about deleting files, downloading is a universal reality in the digital age. Sometimes we can't find a release, sometimes we can't afford it. Those excuses only hold so much water when one considers how many record stores still exist and how often they include a respectable metal section. Test driving albums is fine, but if you like it, then either go to a store or your favorite online vendor and buy the damn thing, already!

2) Hipsters out of metal – Why are we even still discussing this? If it was 1985, these parasites would be rightfully branded as posers and beaten up at every show. We all hate hipsters, so let's stop complaining and instead focus on making them go away.

3) Acknowledge Finnish bands as rulers of the death metal empire - Since the proper advent of death metal, the seat of power has moved around repeatedly. Florida, New York, and Sweden shared control for quite a while, but in the second decade of the new millennium, Finland has once again seized the throne with consistently great output.

4) Celebrate the good, ignore the bad – It's staggering how much metal is being released, particularly in an era where “nobody buys music anymore”. With such a huge selection, it's especially important to be selective. Don't waste your time with stuff described as, “it's ok”; find releases that speak to you and stay with you for years to come. This leads us to:

5) Spread the word – If you're really hot on a new band, tell everybody! Post links on social media, wear their shirts out to shows, and basically become a one-man street team. Word of mouth has always fueled the underground, and we have more tools than ever to raise awareness and build consensus. Get to work!

6) Stop taking bands for granted – We've sustained our share of losses over the years. Bands dissolve, and key members die unexpectedly. Mike Scaccia did exactly that in 2014, along with Jeff Haneman, and now Lemmy just a couple of weeks ago. While Rigor Mortis was widely beloved, their shows should have had even bigger turnouts. Don't be the guy who laments not going to that one show that turned out to be the band's last. Outside of Iron Maiden there are no guarantees, so don't ever assume there will be a next time.

7) Go to more shows, travel as needed – Yeah, yeah, nobody has any money these days. Stop thinking about going to shows in terms of affording beer. Pay the cover, then learn to enjoy a band stone cold sober. You'll be healthier and more enriched for it. Is it a three-hour drive? Grab your friends for a road trip or solicit a ride from the like-minded online. You might make a new friend in the process. Has an annual festival recently announced an unbeatable lineup? Start saving now and make the trip. The same rules of sharing expenses with friends applies here, too. Metal needs fans, not a lot of excuses about why you can't go.

8) Mosh correctly - Pantera broke up years ago, people. It's time we got back on track. Regardless of the pit size, it's always counter-clockwise, with no cross-cutting and no ramming into the people at the front of the stage. If you can do it at DRI, you can do it at any local death metal show. And stop slinging the remnants of your beer on everyone! Starting today, this is officially a punchable offense.

9) Read the lyrics – One side effect of downloading is that we've gotten out of the habit of reading the lyric sheets. Before the internet, most diehards could recite all their favorite songs by heart. Not all bands have good lyrics, but you won't know until you buy a copy and crack the booklet. You may be surprised at how much the words enhance the experience of the songs, no narcotics required!

10) Fly the metal flag with pride – Things are better than they were in the '80s, but hessians still get their share of grief, particularly in the workplace. Sure, you may not be able to wear your “Root of All Evil” shirt to the office, but don't let anyone make you cut your hair or try to make you feel like some kind of antisocial weirdo (even if you are). Metal is the only universal elective culture on earth, and we must insist on respect, if not equal treatment.
at 3:31 PM 1 comment:
Email ThisBlogThis!Share to TwitterShare to FacebookShare to Pinterest
Newer Posts Older Posts Home
Subscribe to: Posts (Atom)