Sometimes an album requires 15 years of examination before it can be addressed adequately. Deicide released their second album Legion in the summer of 1992, and it proved to be the apex of their career. It was long in coming, delayed three times by Roadrunner, and I was obsessed with obtaining it.

I was fifteen going on sixteen, and for almost six months I hardly cared about anything else. Girls? What are those? Can they get me the new Deicide album? No? Then forget it. My mania began when Deicide had come to town on a week’s notice the previous winter. They had never before played Texas, and a whole state’s worth of hessians had been clamoring to see them since their eponymous release over a year before. The show itself was a revelation. The band was tight, proficient, ferocious, and surprisingly charismatic. They tore through the entirety of their sole album which only a few breaks for frontman Glen Benton to praise and incite the crowd, as well as an intermission while the security team hastily nailed the wooden stage barrier back together after we smashed it to pieces in our fervency. Once the band had exhausted their catalog my friends and I caught our breaths, and started to walk towards the exit. That was all the songs they had to play, after all.

Suddenly a voice boomed at our backs- “We got a couple of new ones for you!” Glen and company had taken the stage once more. “This is from our upcoming album Legion! In Hell I Burn!” The room ignited. We rushed back to the front of the stage and joined the crushing wave of bodies. The new song was chaotic and technical, and Deicide were clearly excited about their new material as they played it to the hilt. “Holy Deception” followed with the same inflammatory delivery, and then the band stood down and left us to sort out our tangled hair, soggy shirts, and missing shoes

I was bewitched. Deicide was already my favorite band and the brief taste of new songs further tightened their grip upon me. As Legion continued to be delayed (as it happens, it was announced before the band had even completed it) my anticipation became feverish. One Friday my friend Chris, with whom I’d attended the show, came to my house to “show me something”. It was a new album but he wouldn’t let me see it and instead just put it in my CD player. A droning roar and cacophony of bleating sheep drifted out of my speakers. What could it be? Legion was finally to come out on Tuesday, and I had already planned to devote the whole day to buying and listening to it. The first notes of the opening song struck abruptly and I was still confused. What WAS it? Then a familiar death-preacher voice cut through the tangle of guitars and blast beats; Chris grinned as he pulled the CD longbox out of the bag, and there was a full-sized photo of Deicide in all their Satanic glory. Glen’s bottomless black eyes stared back at us as the songs hammered the room. The record store had gotten the CDs early and decided to put them on the shelves for the weekend. And for all the build-up, for all the anticipation and impatience, every note of the album was worth the wait. Chris and I finished listening to it in disbelief, then immediately started it again. It was a good day to be a Deicide worshipper.

Almost two decades later I have listened to this album literally thousands of times. At 29 minutes it is very easy to set the CD on repeat and feel my brain cells become awash in hellish audio napalm again and again. It never loses its impact. I know every note by heart, and I have studied it and dissected it by every available means (the Hoffman brothers hard panned their guitars, so adjusting the balance switch will yield new and enlightening information about the song arrangements). Many people didn’t understand Legion upon its initial release. The preceding album was a collection of intense but highly musical anthems about the occult, godkilling, and Satanic suicide. The songs were brilliant and infectiously mnemonic, and they allowed Deicide to rise to a status second only to Morbid Angel in the Death Metal movement.

Legion, however, was a headlong dive into the abyss; a feral and fractured deconstruction of the band’s first outing that transformed their established sound into a berserker rage of sonic violence. The arrangements were twisted and jarring, the production was ear-shattering, and the message was more focused and dire than ever. This was not just an album, it was a mission statement. Glen Benton had already repeatedly decreed his own suicide at age 33, and this deadline seemed to serve as the impetus of abandon with which the band attacked each song. Legion was an affirmation of the Great Beyond, albeit one that promised eternal torment and pain, as well as an utter rejection of life, comfort, and the mundanity of daily existence that reduces people to craven weaklings.

Accordingly, the less cerebral portion of the Death Metal fanbase was alienated by such a challenging offering and it could be argued that the backlash to Deicide’s audacity was a large contributor towards the mainstream success of bands like Cannibal Corpse. Nevertheless, time inevitably bears out the merit of all great efforts and as such Legion is now widely regarded as a groundbreaking classic. Virtually all Death Metal releases in the following five years bear the marks of its influence, most notably in regard to increased attack and tempo. Despite its impact, no band has ever managed to truly recapture the nature of this release. This is true for even Deicide themselves, who ultimately reversed course with Once Upon the Cross, and then degenerated into the same low-grade Death Metal drudgery that they had once endeavored to dismantle. In fairness, there could not really be a Legion II and to their credit the band declined to attempt one.

The tragedy of Deicide and their legacy is that a whole generation of hessians know the band as a blunt, inelegant, and jock-brained outfit that write thudding tunes with a weak grasp of Satanism and even weaker sense of songcraft. This is not the band I remember, the band that fired my imagination and made me want to take up arms and scourge the Christian vermin. To me, Glen Benton died at 33 because the man he has become is a man long dead. A white hot rage is one that will consume a soul rapidly, and Deicide’s brand of rage was enough to consume them all. Still, I refuse to allow their transgressions to negate their contributions.

Legion will always be one of the best albums ever, no matter what Glen and his current line-up of mercenary Christians do next. It no longer belongs to them; it belongs to the fans and the people who still listen to that album year after year without surrender. If you haven’t listened to it in a while or avoided it because of the band’s recent output, challenge yourself to embrace this masterwork in all its caustic, quixotic glory. You will become a believer. You will become Legion.

at 10:12 PM No comments:
Email ThisBlogThis!Share to TwitterShare to FacebookShare to Pinterest 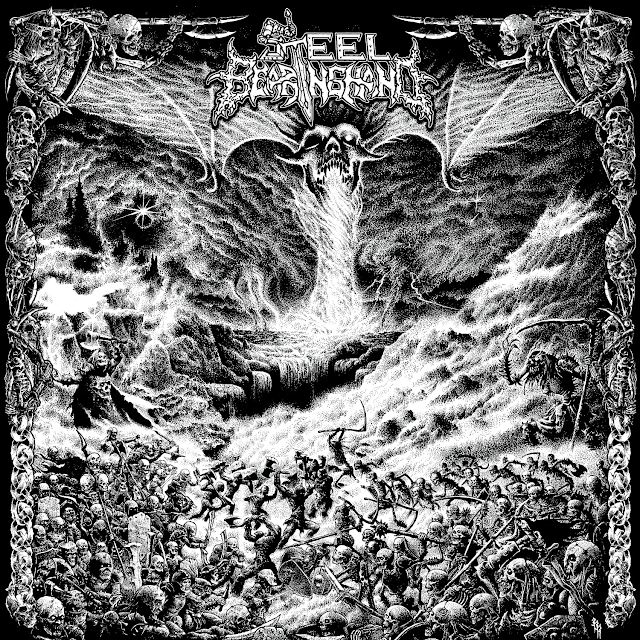 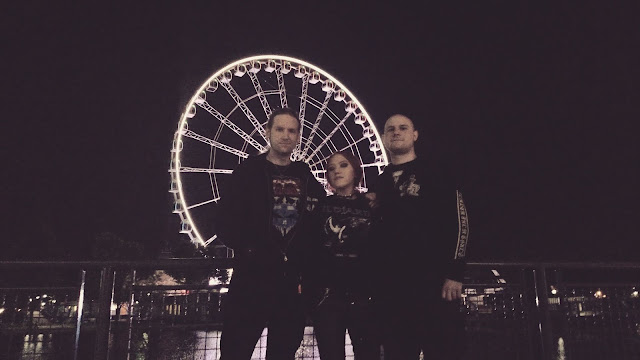 A rewind from the glorious Wings of Metal in Montreal, 2017. Voivod and Sacrifice headlined, and holy shit, was it awesome!